Jon Cryer was willing to end Two And A Half Men to save co-star Charlie Sheen’s life.

The 57-year-old actor, who starred in the classic sitcom alongside Charlie, 56, for the show’s first eight seasons, and has opened up about the ‘crazy firestorm’ that ultimately led to his co-star’s firing.

In an interview with Entertainment Tonight titled Iconic TV Dads, the actor – who played single dad Alan Harper on the popular show – said the first few seasons were great. 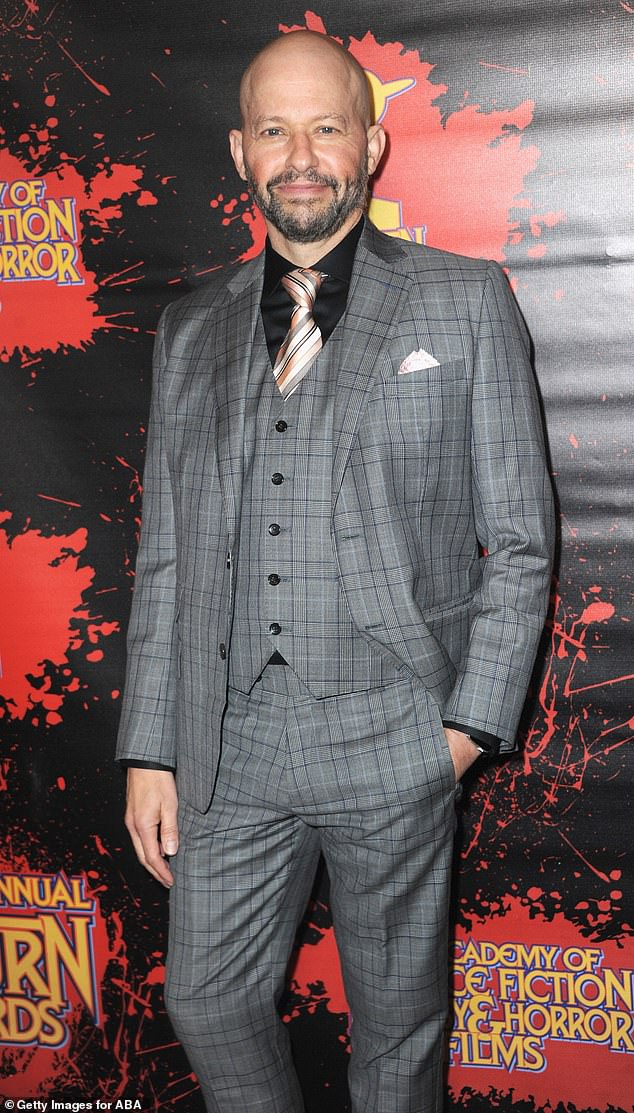 Opening up: Jon Cryer, 57, said he was willing to end the sitcom Two and a Half Men in order to save co-star Charlie Sheen’s life; Jon seen in 2021

‘We got along great, he had been sober for two years when we started the show, and it was really important to him to keep sober. And for those first few years, the show was also going so smoothly.’

Charlie, who is the son of Screen Actors Guild Award winner Martin Sheen, was adept at performing in front of a live audience and seemed, ‘like it was genetically programmed into his body.’

The Wall Street star later began to suffer from personal problems and his life began to slowly unravel. 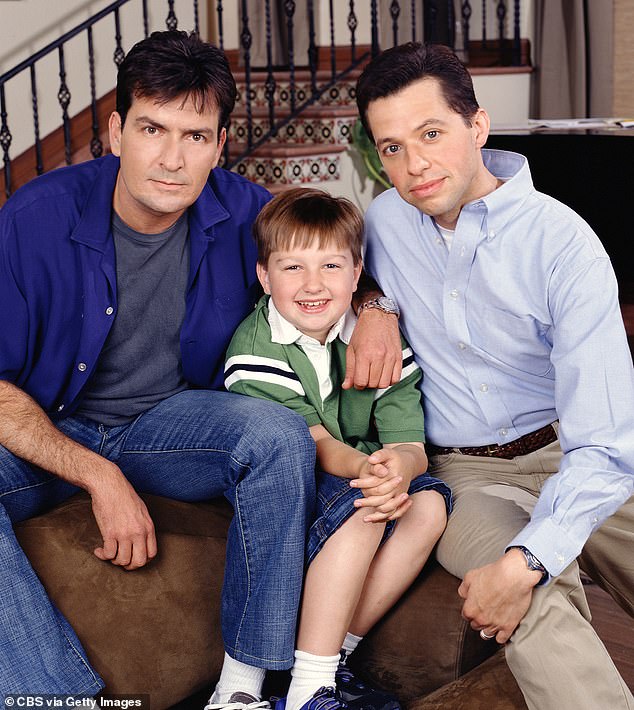 Great start: When the show began in 2003, the Supergirl actor described Charlie, 56, as great to work with and focused on maintaining his sobriety; (LR) Charlie Sheen, Angus T. Jones and Jon Cryer pictured on Two And A Half Men

‘When we started noticing things were getting stranger for him, and his marriage fell apart, he was still lovely to work with, he still showed up on time and knew his lines and was doing the job.

‘I would say, “This is the kind of joke you had no problem with a year and a half ago, and suddenly now it’s an issue?” So, you know, it was very subtle. It took it it took a while before it started really going off the rails.’

As the Anger Management actor’s behavior became more unpredictable, Jon and and the sitcom’s creator, Chuck Lorre, 69, began to have serious conversations about the future. 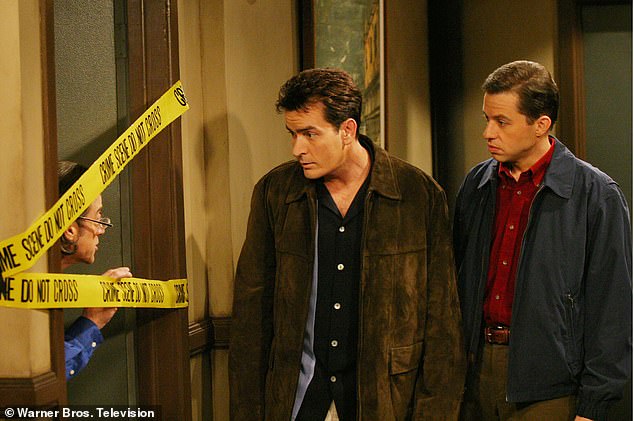 Unravel: After the Wall Street star’s life began to unravel, Jon and show creator Chuck Lorre considered quitting, arguing ‘it’s not worth this show going on if going on enables Charlie Sheen to kill himself’; (LR) Charlie and Jon pictured on Two And A Half Men in 2003

‘I think, uh, there was a moment where Chuck Lorre and I were looking at each other and we said, “It’s not worth this show going on if going on enables Charlie Sheen to kill himself. If giving him enough money to do whatever the thing is that ends his life, you know, we don’t want to be a part of that.”‘

The Supergirl star said he thought it was the end of the road for the entire show.

‘And I think, actually, when Charlie was let go from the show, the first thought amongst most of us was, “OK, we’re done. This has been a great thing but, uh, we’re done at this point .”‘ 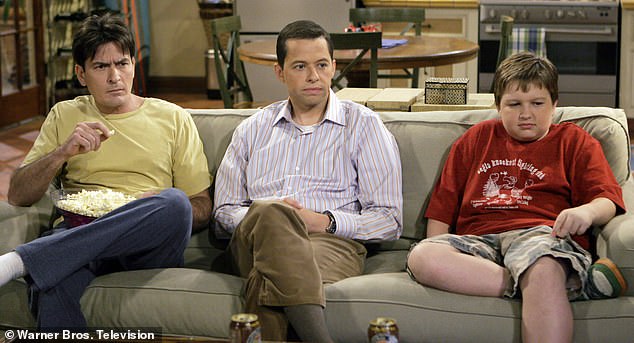 Fired: The Anger Management actor was fired after 8 seasons. His character, Charlie Harper, was killed off; Charlie Sheen, Jon Cryer, Angus T. Jones on Two And A Half Men in 2003

Instead, Charlie’s character, Charlie Harper, was killed off and Ashton Kutcher, 44, was hired to fill the void. ‘[Ashton] was just so positive every day and just brought so much to the table that we were all a little shell shocked after the Sheen craziness.’

‘We had forgotten how tense we were all the time we were all waiting for the next shoe to drop. And once Ashton came in with this just incredible positive energy, we all went, “Oh, this can be fun again!”

Jon said he and That 70s Show star are still in contact, but he doesn’t keep in touch with Charlie.

‘We went our separate ways, you know it’s, you kind of have to decide how much Charlie Sheen do I want in my life, you know? I hope nothing but success for the guy.’ 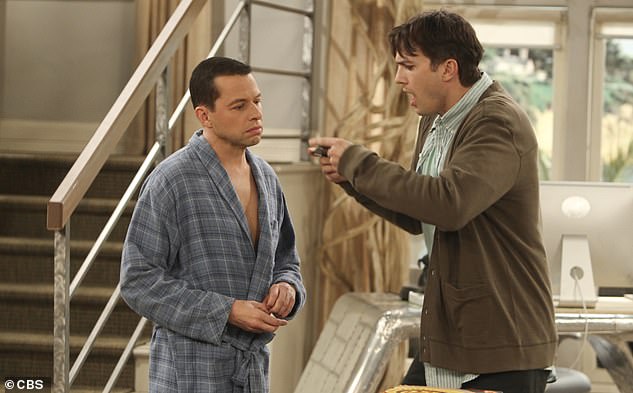 Replacement: Ashton Kutcher, 44, was hired to fill the void for the final three season of the sitcom. Jon said he is still in touch with That 70s Show actor, but not with Charlie; (LR) Jon pictured with Ashton on Two And A Half Men in 2013