Israel, Egypt and the European Union signed a memorandum of understanding on Wednesday in Cairo that will see Israel export its natural gas to the bloc for the first time.

The landmark agreement will increase liquified natural gas sales to EU countries, which are aiming to reduce dependence on supply from Russia in the wake of its invasion of Ukraine.

Last year, the EU imported roughly 40 percent of its gas from Russia. It has faced energy difficulties since imposing sweeping sanctions on Moscow.

The agreement will see Israel send gas via Egypt, which has facilities to liquify it for export via sea.

Energy Minister Karine Elharrar said the signing of the MOU had cemented Israel’s role on the global energy stage.

“This is a tremendous moment in which little Israel is becoming a significant player in the global energy market,” Elharrar said.

She called the deal “historic,” including in terms of the Israeli-Egyptian cooperation involved. 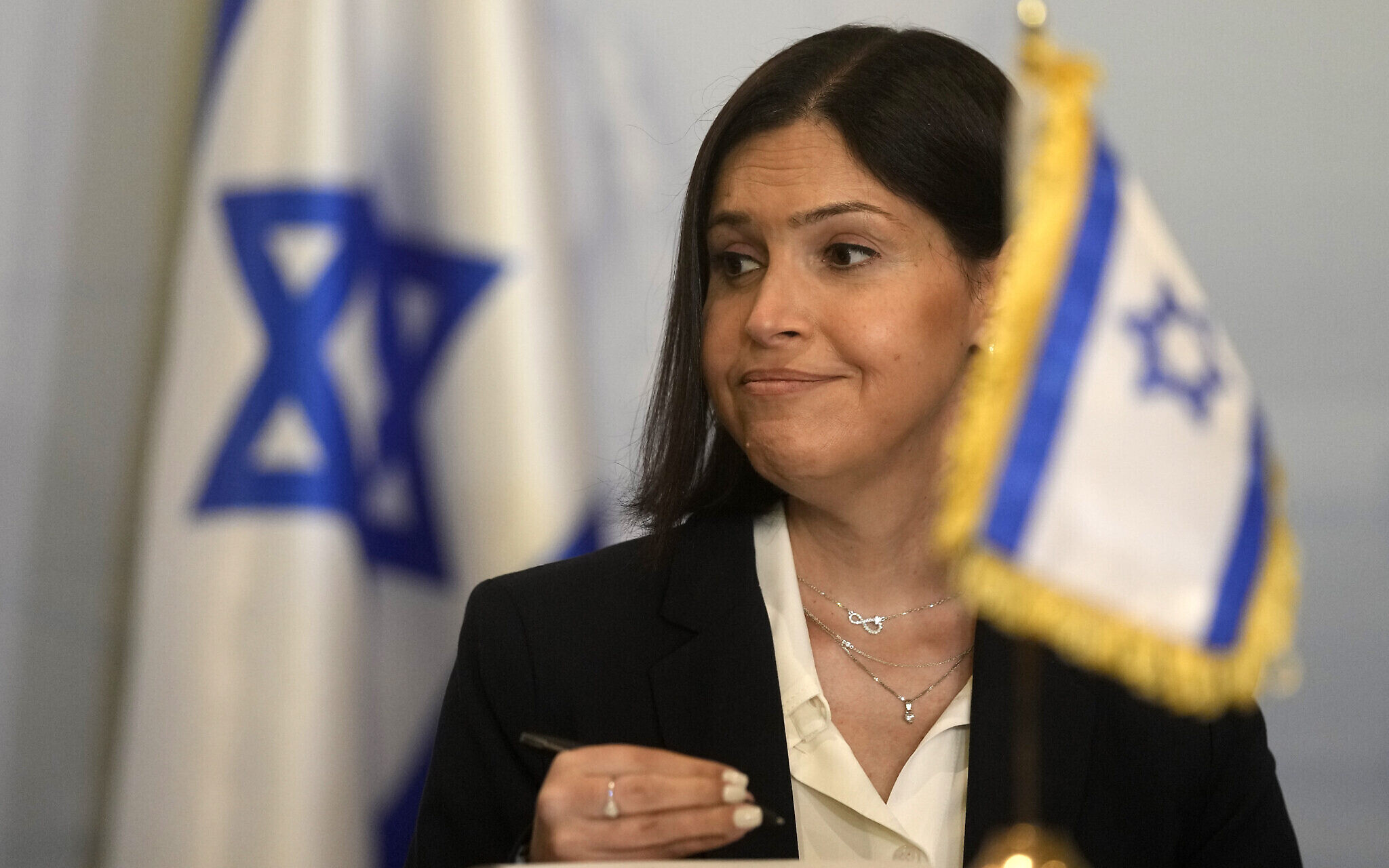 In a joint news conference alongside European Commission chief Ursula von der Leyen and Egyptian Petroleum Minister Tarek el-Molla, Elharrar said the deal came about in the wake of Russia’s invasion of Ukraine.

“The memorandum of understanding will allow Israel to export Israeli natural gas to Europe for the first time, and it is even more impressive when one looks at the string of significant agreements we have signed in the past year, positioning Israel and the Israeli energy and water economy as a key player in the world,” she said. 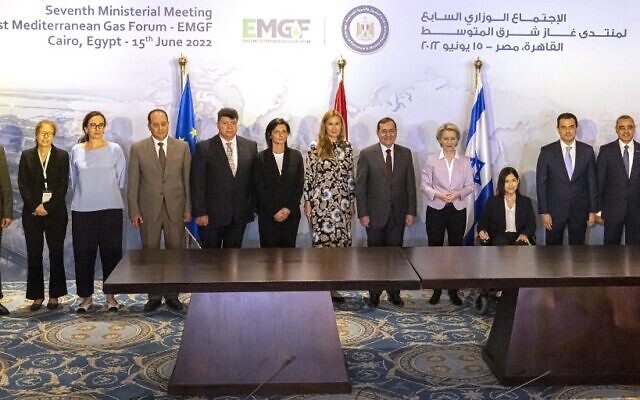 European Commission President Ursula von der Leyen (5th-R) poses for a group photo with the EU Commissioner for Energy Kadri Simson (7th-R), Egypt’s Minister of Petroleum Tarek el-Molla (6th-R), Israeli Minister of Energy Karine Elharrar (4th-R), and other officials during the signing ceremony of a trilateral natural gas deal during the ministerial meeting of the East Mediterranean Gas Forum (EMGF) in Cairo on June 15, 2022. The deal provides for the export of Israeli natural gas, via Egypt, to Europe. (Khaled Desouki / AFP)

“This is a statement to those who see in our region only negative forces such as division and conflict,” she said. “This MOU shows us that we are paving a new path of partnership, solidarity and sustainability.”

Von der Leyen said the agreement would help the bloc move away from its dependence on Russia.

“What a special moment,” she said. “I very warmly welcome the signing of this historic agreement.”

She said the agreement was part of Europe’s efforts to diversify energy sources away from Russia and import hydrocarbons from “other trustworthy suppliers” — naming Israel and Egypt, which have emerged as gas exporters in recent years following major offshore discoveries.

El-Molla described the deal as “an important milestone” for cooperation between Egypt, Israel, and the EU.

He said it will lead to further cooperation between members of the East Mediterranean Gas Forum, which includes Jordan, Israel, Cyprus, Greece, Egypt, the Palestinian Authority, France and Italy. 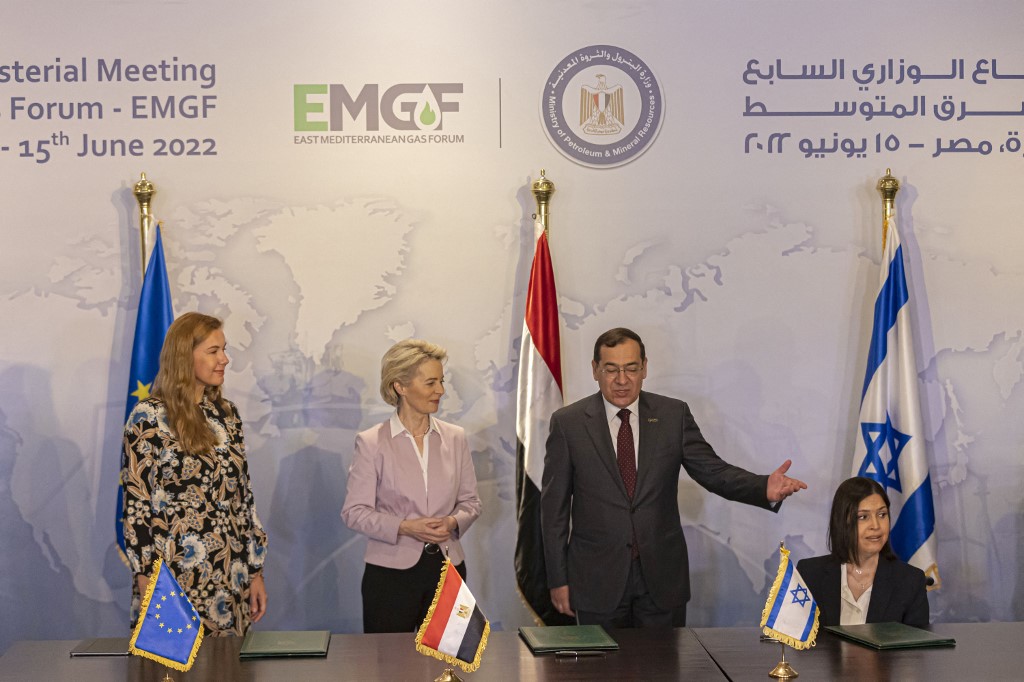 The agreement is initially expected to bring in an annual 1 billion shekels ($290 million) to the state coffers, according to a Channel 12 estimate.

The MOU recognizes the key role that natural gas will play in the energy economy of EU countries until 2030, at which point its consumption is to gradually decrease until 2050 — the zero-emissions target set by the bloc and multiple countries, including Israel.

The deal signed on Wednesday included a nod to environmental concerns by including provisions for capturing carbon from the atmosphere.

The Energy Ministry’s statement said that all those involved in the agreement will work to reduce methane emissions and test advanced technologies for mitigation operations.

The agreement also includes a provision for the joint examination of the possibilities of using carbon capture as part of a general plan for reducing emissions as well as the decarbonization of the natural gas sector, as well as finding ways to invest in the development of technologies to advance these goals. There were no further details given. 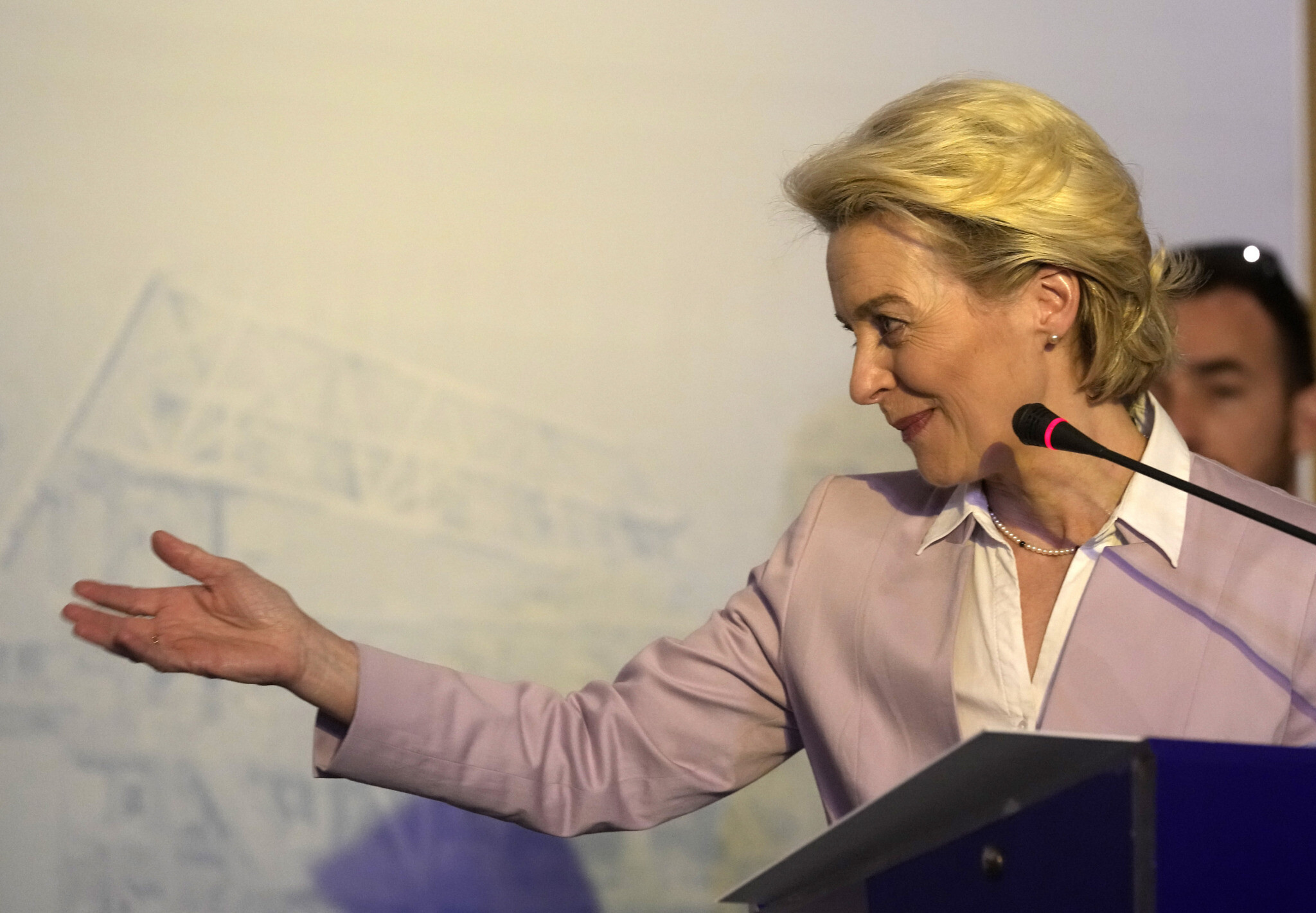 EU Commission President Ursula von der Leyen speaks after the signing of a deal to increase liquified natural gas sales to EU countries, who aim to reduce dependence on supply from Russia as the war in Ukraine drags on, in Cairo, Egypt, June 15, 2022 (AP Photo/Amr Nabil)

Earlier this year, the United Nations’ Intergovernmental Panel on Climate Change made clear that carbon removal is essential if the world is to meet the Paris Agreement’s climate goals and if governments and companies are to meet their net-zero pledges. The world population emits billions of tons of greenhouse gases (GHG) each year, mainly through burning fossil fuels such as coal, oil and natural gas. This is the main driver of global warming and climate change.

The ministry noted that the use of natural gas was preferable to more polluting fuels such as coal and oil.

The agreement also contained a clause by which the EU will encourage European companies to participate in tenders and investment in natural gas exploration and production projects in both Israel and Egypt.

Egypt was the first Arab country to make peace with Israel, in 1979, but economic agreements have been controversial in the Arab world’s most populous country, where popular support for Palestinians runs high. However, relations between the two countries have been steadily warming in recent years.

According to the deal, the Israeli gas will be brought via a pipeline to Egypt’s LNG terminal on the Mediterranean before being transported on tankers to the European shores.

Israel has two operational gas fields off its Mediterranean coast containing an estimated 690 billion cubic meters of natural gas combined, and a third offshore rig is in the works. It has already signed gas export agreements with neighboring Egypt and Jordan. 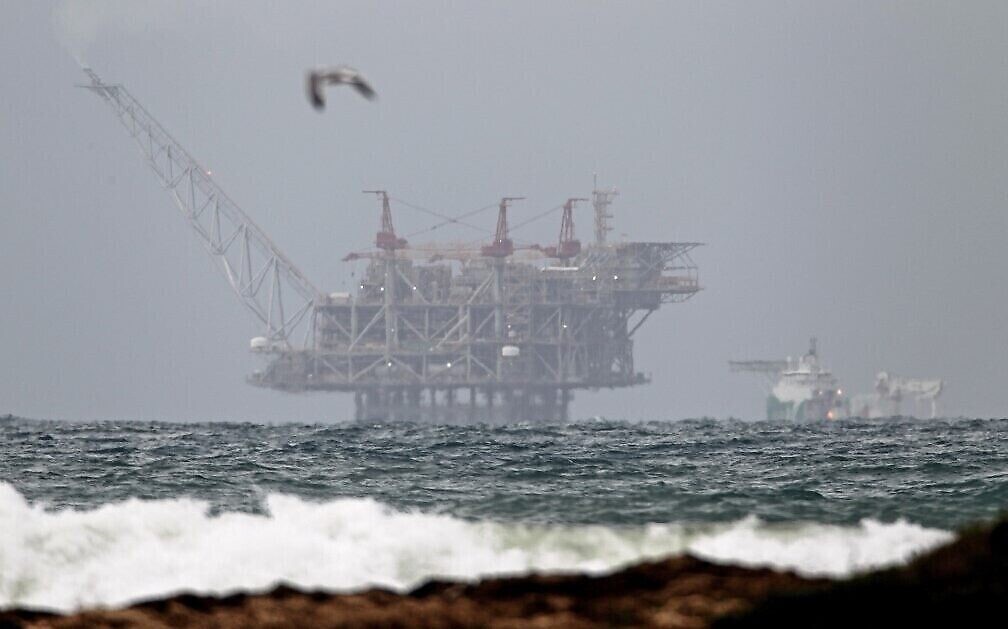 The platform of the Leviathan natural gas field in the Mediterranean Sea, pictured from Israel’s northern beach of Dor on December 31, 2019. (Jack Guez/AFP)

In recent years, the government of President Abdel Fattah el-Sissi rehabilitated and modernized the facilities. In 2018, Egypt signed a $15 billion deal with Israeli company Delek Drilling and its US partner, Noble Energy, to transport natural gas there. Egypt aims to create a regional energy hub.

Wednesday’s agreement was signed a day after a US mediator arrived in Beirut for talks on an offshore extraction dispute that has threatened to snowball into armed conflict. Israel and Lebanon are currently at odds over rights to the Karish gas field, which the Israeli government claims is in its UN-recognized exclusive economic zone, while Lebanon asserts that the waters are disputed.