Europe’s gas supplies suffered a double blow on Tuesday after a major US liquefied natural gas export terminal said it would be offline for at least three months and Russia said it would cut flows through a key route to Germany.

Freeport LNG, which accounts for about a fifth of US LNG exports and about 10 per cent of Europe’s imports this year, said on Tuesday that repairs following an explosion at its plant last week could take until the end of the year, with only partial activity set to resume after 90 days. Last week Freeport had indicated the terminal would resume operations in early July.

At the same time Russia said it would reduce capacity on the Nord Stream 1 pipeline to Germany by about 40 per cent, blaming the reduction on the delayed return of a key piece of technical equipment that Siemens Energy said has been blocked by Canadian sanctions against Moscow .

The twin threat to European gas imports illustrates the ongoing vulnerability of the continent to supply disruptions as it tries to reduce its reliance on Russian gas following Moscow’s invasion of Ukraine in February.

European benchmark gas prices jumped more than 15 per cent to €99 per megawatt hour, while UK gas contracts for delivery in July jumped 25 per cent to £1.97 per therm, with traders warning of tighter supplies in the months ahead.

In contrast US natural gas fell by more than 15 per cent on the news, as traders digested the longer-than-expected outage from the Freeport terminal — a major source of demand for the fuel — with the front month contract for Henry Hub selling for about $7.20 per million British thermal units.

Gas prices in Europe have soared in the last year after Russia squeezed supplies ahead of the invasion and as fears of supply disruptions grew, stoking inflation and a cost of living crisis for many countries.

The EU has tried to avoid directly targeting Russian gas flows with sanctions — which prior to the invasion made up as much as 40 per cent of all of its supplies — even as it has moved to cut its dependence.

But Germany’s Siemens Energy said on Tuesday that gas turbines it supplied to Russia’s Gazprom to help compress gas on the Nord Stream 1 pipeline had been held up by Canadian sanctions after undergoing maintenance at its factory in Montreal. Ottawa last week extended its punitive measures against Russia to prohibit providing technical services to the Russian oil, gas and chemical industries.

“Due to the sanctions imposed by Canada, it is currently impossible for Siemens Energy to deliver overhauled gas turbines to the customer,” Siemens Energy said. “We have informed the Canadian and German governments and are working on a viable solution.”

After surging, gas prices had stabilized in recent months as additional LNG supplies sailed to Europe, helping to rebuild the amount of gas in storage ahead of the winter.

Freeport previously said that its plant would be closed for three weeks following the fire. The plant has capacity to process 20.4bn cubic meters of natural gas per year, or about 17 per cent of total US liquefaction capacity of 118bn cu meters per year, and 2 per cent of the country’s total natural gas production. 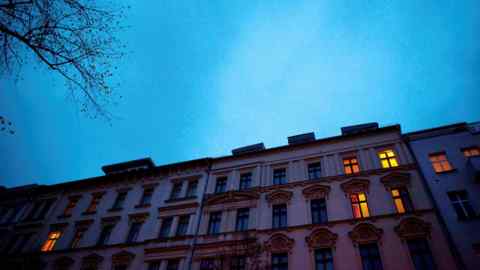 Under a deal announced by US president Joe Biden and European Commission president Ursula von der Leyen in March, the US pledged to ensure an additional 15bn cu meters reaches Europe this year. Brussels said it would aim to increase annual demand for American LNG by 50bn cu m/y by the end of the decade.

Natural gas needs to be liquefied before it is transferred into tankers that ship it across the world.

Gazprom has maintained the majority of its exports to Europe but has cut off customers in Poland and Bulgaria for refusing to use a new ruble payment mechanism. German utilities, among others in Europe, have gone along with the ruble payment system, fearing the impact of the loss of supplies on the economy.