Brad Pitt and his ex-fiancé Gwyneth Paltrow still have a lot of love for each other 25 years after they split in 1997 following their three-year courtship.

In a new interview for Goop, the pair reminisce about their failed engagement, their continued love for one another, and how Gwyneth’s late father Bruce shaped Brad’s view of fatherhood.

Helping Brad, 58, promote his new cashmere line, God’s True Cashmere – which her wellness company is touting as the perfect gift for Father’s Day – the conversation moved to her late father Bruce Paltrow who passed away in 2002.

Gwyneth, 49, shared: ‘Okay, since it’s almost Father’s Day, I’m going to ask you about Bruce. I’ll never forget when we were engaged and he came to me one day, his eyes full of tears, and he said, “You know, I never really realized what they mean when they say you’re gaining a son. Like, I’m gaining a sound.” 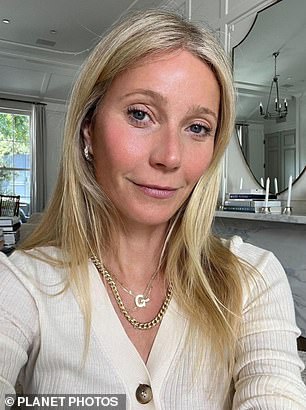 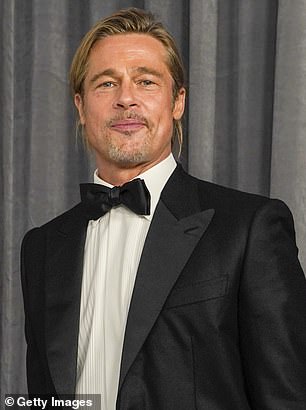 ‘I love you so much’: Gwyneth Paltrow and ex Brad Pitt reminisce about failed engagement and ‘profound’ way her late father shaped his view of fatherhood in new interview for GOOP

She then asked Brad: ‘What impact did he have on you? Why did you love him, even though we didn’t get married, unfortunately.’

Brad – who went on to marry Jennifer Aniston and then Angelina Jolie – responded: ‘Yeah, right. [Laughs.] Oh man, everything works out, doesn’t it?’

Gwyneth then referred to her now husband Brad Falchuk, adding: ‘Yes, it does. I finally found the Brad I was supposed to marry. It just took me 20 years.’

Gwyneth responded: ‘love you so much.’ 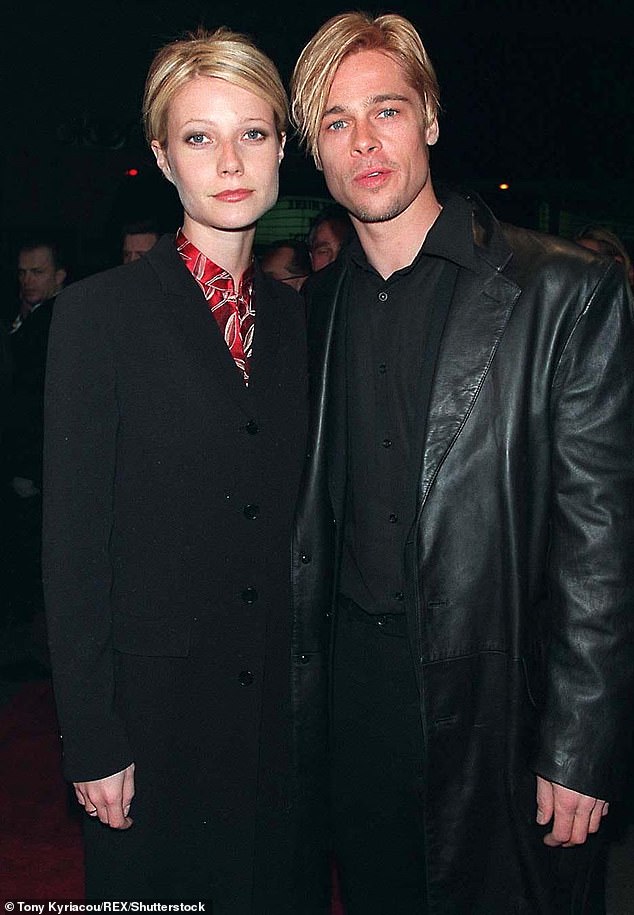 Back in the day: Gwyneth and Brad with their iconic matching hairstyles in 1997

Brad revealed how Bruce – a film director and producer – had a significant influence on him as a father figure, saying: ‘One of the many things I loved about Bruce – because he did have a profound effect on me and is someone I still think about – was he really fostered your voice, your independence.’

‘He carved the way for you guys to be who you are. And I think that’s so important to parenting, you know? So the child is free to find out who they are and what they love and what they don’.’

Reminiscing over his relationship with Gwyneth and her father, Brad also revealed: ‘We were always going to get his opinion, but there was a fairness to it that I really appreciated. I think that struck a chord with me.’

When asked by Gwyneth if Brad felt ‘parental energy from him’ he responded: One hundred percent. I felt that same kind of guidance that you would get from a coach or a mentor.’

Gwyneth added: Me too. I mean, he was my father, but he was very much a mentor. He loved being that role for the people that he really loved, and you were definitely one of them.’ 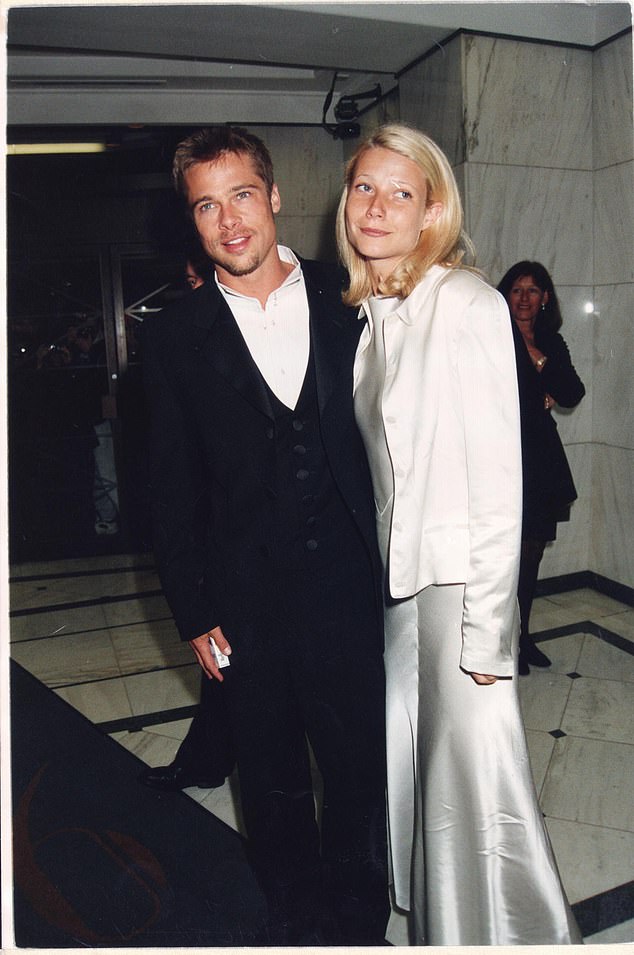 The way they were: Brad Pitt and his ex-fiancé Gwyneth Paltrow still have a lot of love for each other 25 years after they split in 1997 following a three-year courtship

Elsewhere in the gushing interview, the pair heaped praise on one another as Gwyneth lauded Brad’s cashmere line while he was equally effusive about Goop.

Brad revealed how it was Gwyneth’s father who first introduced him to cashmere, inspiring him to start his own line with business partner Sat Hari Khalsa.

The Shakespeare In Love actress called the collection ‘so beautiful,’ to which Brad responded: ‘That’s the goop seal of approval. That’s a high bar.’

Gwyneth gushed further: ‘I’m a full customer and a major fan. I gave one to my mom for Mother’s Day, and she loved it so much. She was like, “Oh, Gwynnie, this is like a warm hug – I’m never taking it off.’

The pair first began dating in 1994, getting engaged a year later, but then splitting the following year in 1997.

Gwyneth moved on with Ben Affleck who she dated until 2000, then married Chris Martin in 2003 before ‘consciously uncoupling’ in 2014. She is now married to Brad Falchuk. 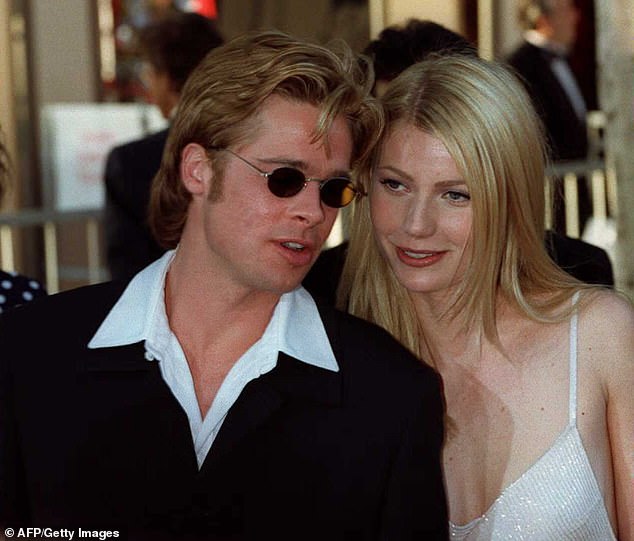 Friendly exes: Brad and Gwyneth at the Oscars in 1996

While Brad is currently promoting his latest business venture of making cashmere sweaters, one of his other enterprises has been causing him a headache.

Brad claimed this month that his ex-wife Angelina Jolie sold her stake in his French vineyard to ‘a Russian oligarch’ with ‘poisonous intentions.’

He claimed the sale represented ‘a massive international liability’ given Russian President Vladimir Putin’s invasion of Ukraine, and said Angelina’s motivation for the sale was to ‘inflict harm on Pitt.’

However, Angelina has vehemently denied the claims.

But there appears to be no bad blood between Brad and his other exes like Jennifer Aniston, with whom he reunited with for her 50th birthday bash in 2019.

Although in 2006, Jennifer famously said that ‘there’s a sensitivity chip that’s missing’ with Brad, after he had moved with Angelina.

Still, the pair are now understood to be friends and supportive of one another.

And Gwyneth first revealed that she’s still on friendly terms with Brad in a Harper’s Bazaar interview in 2020. ‘I’m friendly with Brad Pitt. I don’t have any really bad blood,’ she stated. 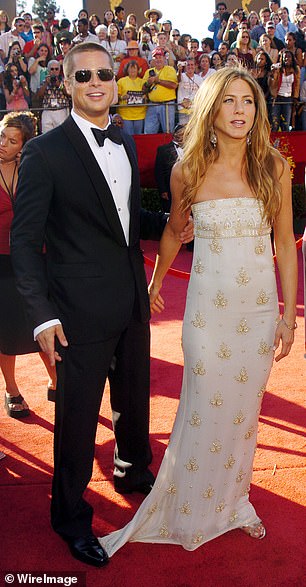 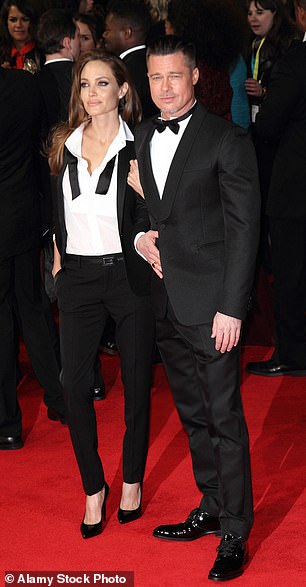