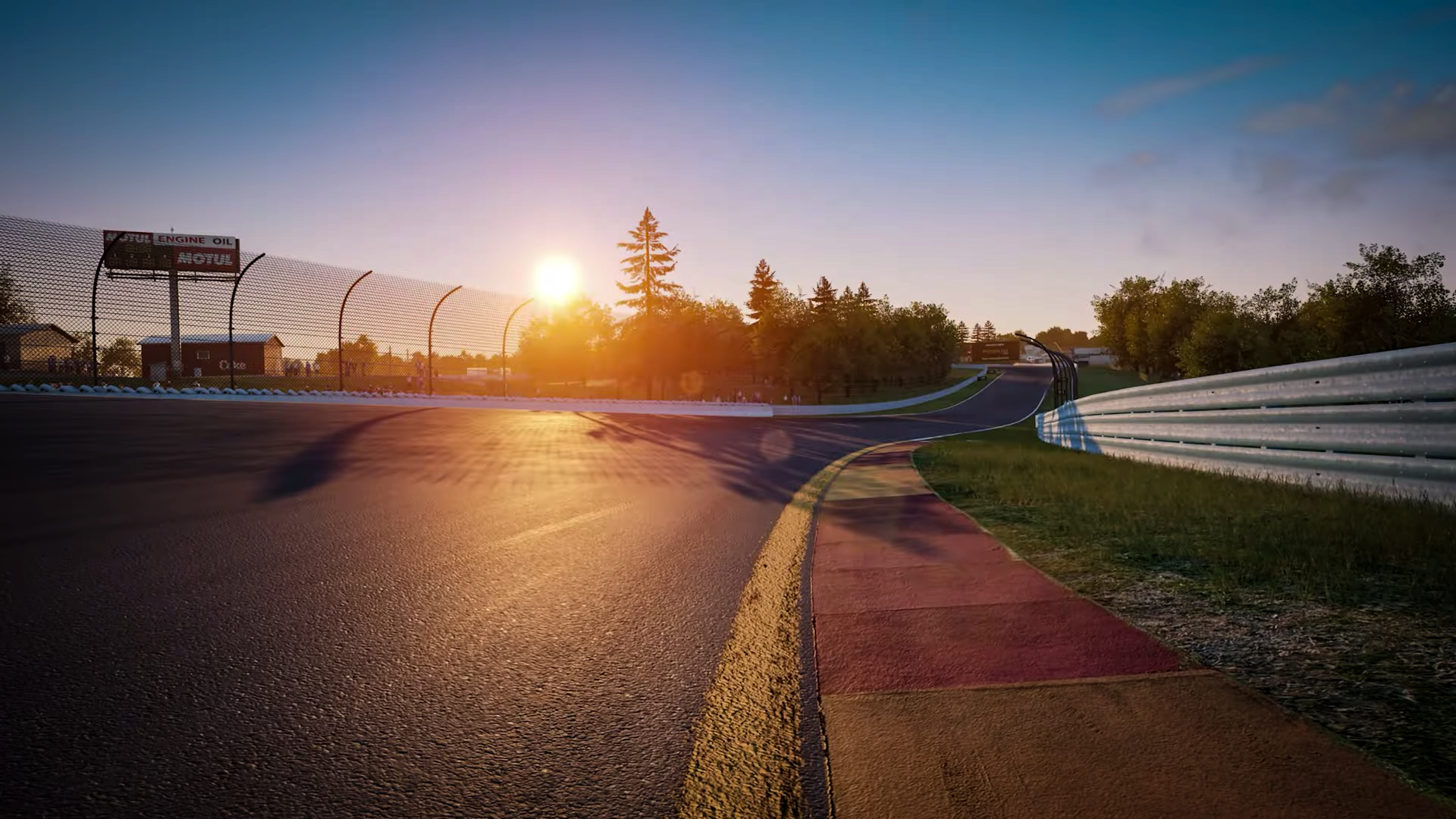 Circuit of the Americas, Watkins Glen International and Indianapolis Motor Speedway Road Course will be coming to Assetto Corsa Competizione in June as part of a new DLC pack.

The as-yet-unnamed DLC pack will include three North American venues, all of which have featured in real-world SRO-sanctioned Fanatec GT World Challenge America Powered by AWS races. It will be released for PC players on 30th June 2022.

There is no confirmation of a console date yet, which is awaiting the Version 1.8 physics update and Challenges car pack, launching in September. Similarly, pricing has not yet been discussed.

The new tracks were unveiled in the teaser trailer placed above, with the first six notes of the American National Anthem subtly played in the background as the logo appears at 0:27.

The tracks displayed in the teaser trailer are:

With each venue, the exact layout options are yet to be revealed. With past DLC packs, such as the British GT addition, only the layout the real-world series used was in the game. So with that in mind, we’ve gone through each below based on SRO usage.

Circuit of the Americas

The venue in Austin, Texas, was first teased way back in November 2021, and now we see it once more and alongside a release date.

COTA isn’t on the GT World Challenge America calendar in 2022 as it happens, but it was part of the lineup last season with the K-Pax Racing team splitting the two race victories amongst Andrea Caldarelli and Jordan Pepper plus Corey Lewis and Giovanni Venturini .

It mixes wide, open, run-off areas for Formula 1 and MotoGP, with a surface that has degraded over time to form bone-shaking undulations.

On the East Coast, the Southwest of Upstate New York track holds races seven and eight of the 2022 GT World Challenge America championship in July.

The series uses the 3.4-mile ‘Grand Prix Circuit with Inner Loop’ layout which means a tricky chicane near the end of the Back Straight for the longest layout available.

This is an old-fashioned venue, steeped in tradition and a punishing lack of run-off area around the Chute and Toe corners.

The world’s first-ever ‘speedway’, will be the location for the season finale in GT World Challenge America this year, using the 2.429-mile Road Course layout.

The clockwise layout uses parts of the renowned oval but mostly uses the infield. The first-ever Road Course race was won here in 2000 by Michael Schumacher, although the layout has evolved since then.

The North American track pack DLC for Assetto Corsa Competizione will be released on 30th June 2022 for PC.