Indian refiners including Mukesh Ambani’s Reliance Industries are using cheap Russian crude to try to boost diesel exports, including to destinations such as the EU with sanctions on Russian oil.

Russia in May replaced Saudi Arabia as India’s second-largest supplier of oil behind Iraq. Russian crude exports to India are expected to increase to over 1mn barrels a day in June, according to commodities data and analytics firm Kpler.

The shift means that Indian refiners could effectively replace some of the diesel Europe once bought direct from Russia or from refining Russian crude.

They are earning outsized profits both from the discount on Russian oil, which is more than $25 a barrel for the main Urals grade, and from sky-high margins on diesel in Europe created by the sanctions on Russian supplies.

“If western governments see that a third of India’s crude slate is Russian, they can make a broad assumption that some of the diesel coming to Europe contains Russian molecules,” said Neil Crosby, an analyst at data company OilX.

Crosby said this could complicate what is otherwise a very profitable moment for Indian refiners, as Washington puts pressure on New Delhi to restrain Russian oil purchases.

Crosby said: “Will they run into some kind of political wall where it becomes too conspicuous and cut this type of activity?”

Indian executives argue that they are responding to strong international demand for diesel and other products during an energy crunch.

Ajay Sahai, chief executive at the Federation of Indian Export Organisations, said that “there have been a lot of inquiries that have flowed to India, particularly for import of diesels from India. Those came from European countries.”

Reliance is responsible for “95 per cent plus” of India’s refined oil product exports to Europe, said Janiv Shah, downstream analyst at Rystad Energy. With Europe’s diesel shortage “here to stay” Reliance is “currently one of a shortlist” of potential refiners that could fill the vacuum left by Russia, said Shah.

India’s diesel exports into Europe hit 230,000 barrels per day in March, a multiyear high, but fell to 120,000 in April and slumped to 40,000 in May, according to Rystad. Exports to Africa and elsewhere have increased over the same period.

Reliance’s chief financial officer V Srikanth said in a May earnings call that the company had “minimized feedstock cost by sourcing arbitrage barrels”.

Srikanth said that Reliance was expecting its margins to be supported because of “reduced diesel imports by Europe from Russia and low global inventories”. Reliance declined to comment.

“Once the barrels come into the refining system and are processed, there is every type of grade from every different country in the world, so it is very hard to distinguish that this one molecule of diesel came from ‘this’ source in ‘this’ country,” said Shah. “It’s basically impossible to distinguish.” 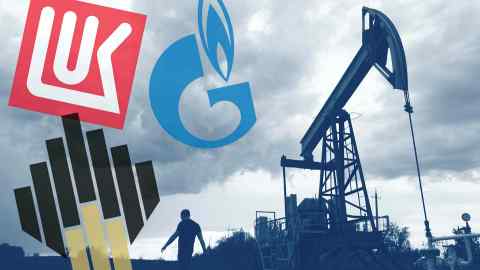 Reliance’s refinery, which can process 1.24mn barrels of crude per day, is positioned well to profit from Russian crude, said Harshavardhan Dole, an analyst at brokerage IIFL whose coverage includes Reliance.

“Reliance is actually in the sweetest of the sweet spots because the complexity of RIL’s refinery is actually one of the highest,” said Dole.

Nayara Energy declined to give a comment on Russian imports, adding that it is an “independent Indian company governed by the Indian laws and is committed to fulfill the nation’s growing energy needs”.